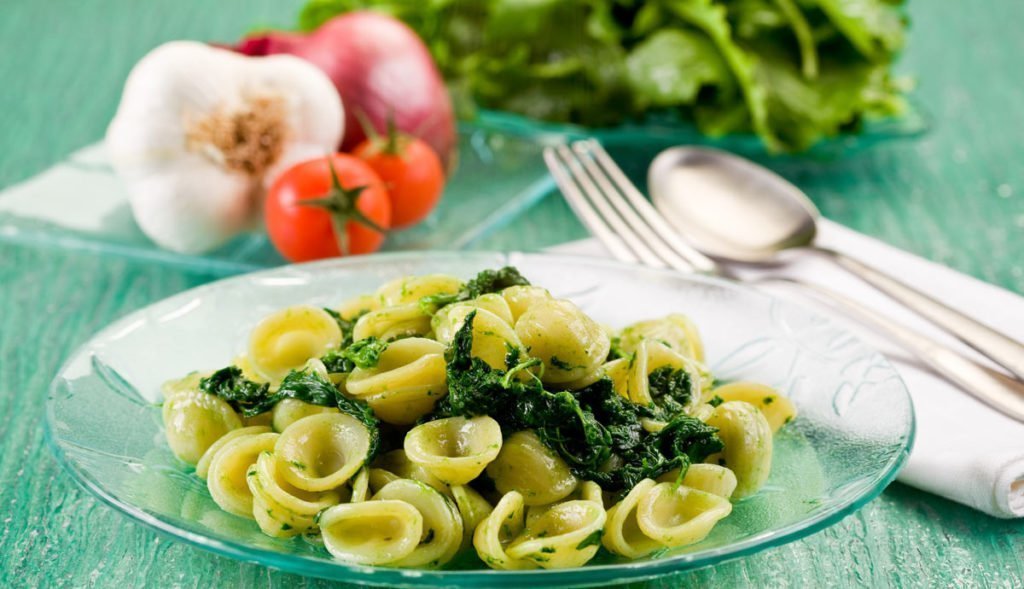 Choosing Puglia as a destination for your cycle holidays in Italy has its advantages. An area to be discovered, an ideal climate for a cycling holiday and above all an enogastronomic heritage to be savoured. There are many typical Apulian recipes but there are some dishes and products that you absolutely must taste during your next tour in Puglia.

Today we will discover together Apulian traditional food with the ranking of the most delicious products to taste in our beautiful region, during a break of your cycling holiday.

Among its many prides, we must not forget that Puglia has a mild climate and temperature in almost all seasons, factors that make it an ideal destination for a vacation 365 days a year. And even if you have to come to terms with a spiteful weather, the local cuisine will surely take care  of raising the spirits of the vacationers, starting with the most famous Apulian product in the world: the taralli.

Apulian Taralli are toroidal snack foods, made of flour, water or wine, oil and salt. The original recipe is usually traced back to 1400, a period in which the famine raged in our region. Legend has it that the first Taralli were kneaded by a mother who, having nothing to feed their children, tried to work what she had in her pantry: flour, extra virgin olive oil, water, salt and white wine. Products that have never lacked in the Apulian handouts. From the mixing of these ingredients she created a dough that was molded into small ring shape pieces and then cooked  in a wood oven. The result was surprising, dictating the beginning of a tradition that still lasts. Today you can find the Taralli in various versions, with the addition of fennel seeds, vincotto and also in the sweet variant with chocolate and sugar. You can find them in every bakery and supermarket. Once you’ve tasted it you can’t live without it. 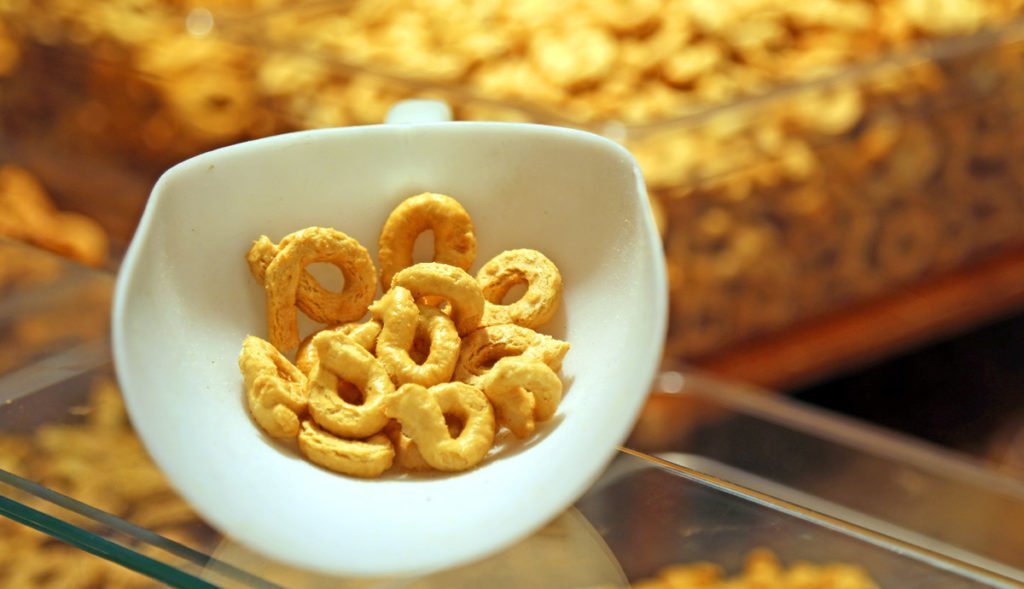 The Orecchiette are a variety typical Pugliese pasta. Their name comes from their shape, which resembles a small ear. They were diffused in Puglia between the XII and the XIII centuries especially in the city of Bari where it remains one of the most delicious and beloved dishes of the city to this day. The true origins of this typical fresh pasta are not known because no written document specifically tells of it. It seems that in a text by the Latin poet Varrone, he refers to a very similar type of pasta that bears the name of “lixulae”, characterized by a concave shape reminiscent of our orecchiette.

The Neapolitan writer Giambattista Del Tufo in 1500 cites this pasta as original from Bari. Around the end of the 16th century, in the archives of the church of San Nicola of Bari, a document was found confirming the donation of a bakery from a father to his daughter. In the notarial deed it was written that the most important thing left as a dowry was the ability of the daughter to prepare the “recchietedde” or orecchiette. The most typical recipe demands for them to be served  with turnip tops.

The Tiella is a typical Barese recipe made with a base of rice, potatoes and mussels, appreciated by tourists from all over the world. This dish takes its name from the container in which it’s cooked. The Tiella needs a slow cooking in order to give time to the rice to absorb all the flavor of the other ingredients. The secret is to leave it au gratin at the end of cooking to make a crunchy and tasty layer.

The origins of this recipe come from the peasant tradition of Puglia as the tiella was the only dish capable of feeding the farmers returning from the fields. Tradition has it that the peasants’ wives collected the fresh vegetables and then placed them inside the “tiella” along with rice and potatoes in order to increase the carbohydrate dose and make it more complete as a source of energy. From the rural areas the recipe has traveled to the coast where the marinara tradition introduced mussels, still present in the typical Bari area recipe.

The Apulian Bombette,a typical dish of Itria Valley, are meat rolls stuffed with bacon and Apulian cheese. You can also find them with other types of spicy fillings. They can be cooked in the oven or on the grill but above all you can find them in the butchers ready to be tasted. Apulian Bombette are loved by Apulians and tourists so much that they have become a famous street food to be consumed during a walk in any city of Puglia.

Puglia is also famous for its dairy products, first of all the mozzarella. Produced fresh throughout the region, it is often served as an appetizer in the form of small knotted line or used in recipes symbolizing the Apulian cuisine such as the famous panzerotti: a type of fried pasta rolls stuffed with tomato and mozzarella.

Stracciatella, made with cow’s milk or buffalo milk, is a very fresh cheese with a slight sour but delicate flavor. Typical of the north of Puglia, this cheese is composed of strips of mozzarella and cream. The mozzarella is broken by hand, so as to form irregular filaments and then be sprinkled with cream.

The Burrata , instead, is the evolution of stracciatella. The mozzarella is processed in order to recreate a bag in which to enclose the stracciatella. The burrata was born in Andria but can easily be found and enjoyed throughout all the region. 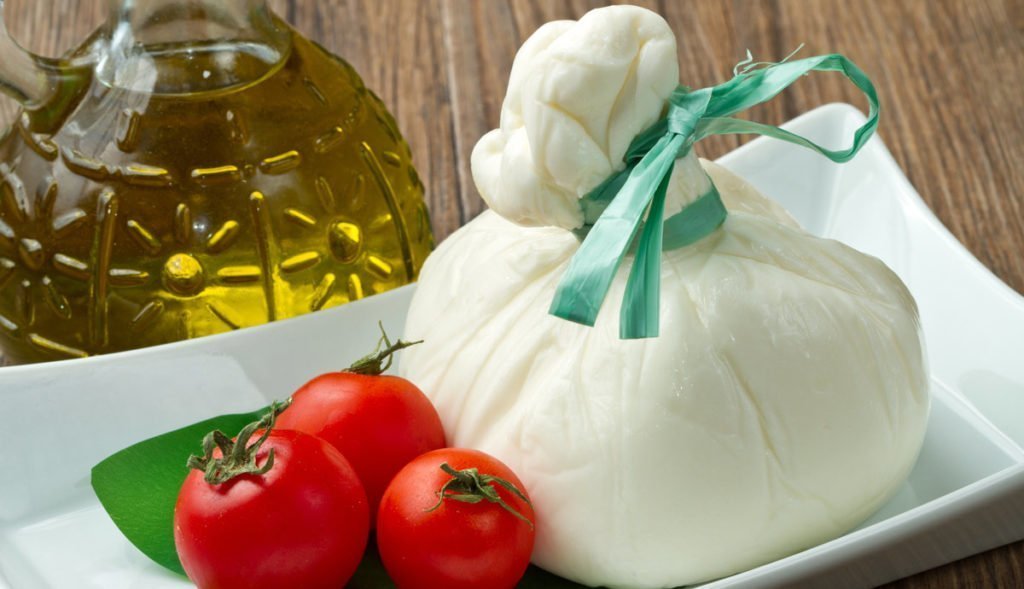 The Pasticciotto is a typical sweet of the Salento tradition. The dessert, cooked in the oven, is made of shortcrust pastry with a filling of scented custard. The birth of the pasticciotto dates back to the beginning of the eighteenth century and, over the years, several variants have been invented, including the chocolate or the sour cherry. In Puglia, we consume the Pasticciotto in the morning as breakfast.

What better time to explore the beauty of the region than during the holidays? As often happens, it is during the holidays that even the Apulian cuisine gives its best. Here are our tips on what to eat in Puglia at Christmas and Easter, among the most delicious celebrations of the year.

Fragrant, tasty and delicious, the Pettole go away like popcorn in the cinema.
Typical of the Easter table and particularly widespread in the Taranto and Lecce areas, they are nothing but leavened and fried meatballs covered with sugar and served at the end of a meal or, in the savory versions, as an appetizer or an intermezzo between courses. The secret to teste some pettole at their best is in the temperature in which they are eaten: if you taste them while still hot and frying they will be soft and compact, while if served after a few hours that the dough might  become rubbery and lose its consistency.

In Puglia Christmas rhymes with cartellate. This typical dessert is in fact one of the most delicious and difficult-to-prepare specialties of Puglia:  its recipe calls for a mixture of oil, wine, semolina and flour passed through several times in the dough sheeter to obtain a firm, granule-free compound. Once  smoothed, dough is obtained and of the right thickness, it is then cut into strips a few centimeters high, which must then be folded in two and “plucked” to form small pockets in which, following firing, the vincotto can be placed and with that  they are normally seasoned. And just cooking is essential for the success of the cartellate: after having made them rest, the cartellate are made to pass in the frying pan just enough time to make them cook well, without overly oil imbibing . At this point comes the icing on the cake: the vincotto of figs, this fig extracted liquor must be sprinkled on the irregular surface of the cartellate to which it gives unique taste and aroma. In addition to the numerous restaurants, the cartellate are also sold in small food shops spread  all over the cities and villages, needless to say that the homemade ones are always the best. 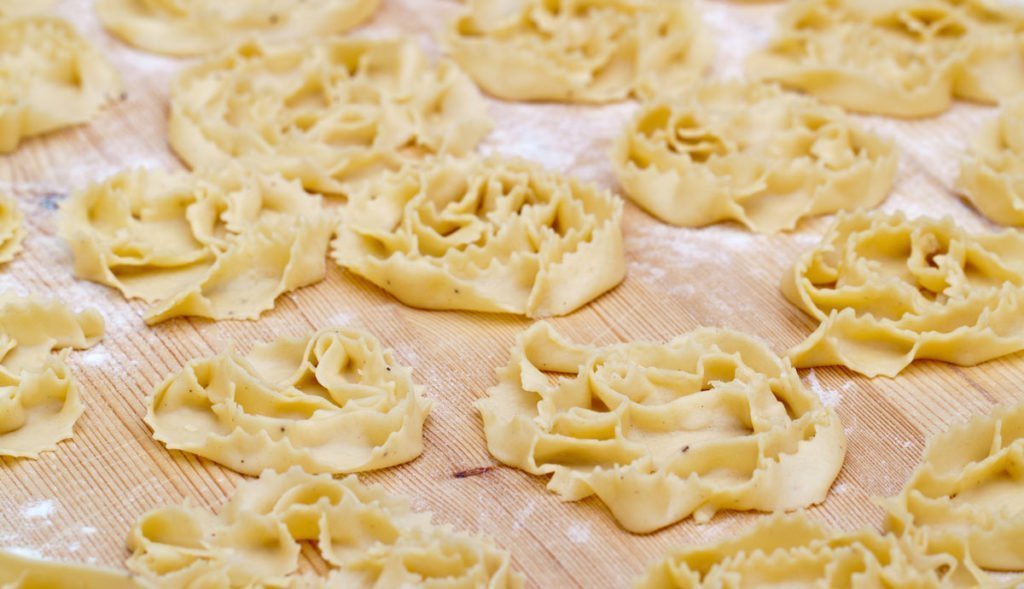 The beauty of Puglia is its harmonious combination of history, landscape, food and wine that makes this region one of a  kind. We at Puglia Cycle Tours know this very well and that‘s why our tours are tailor-made to make our guests live an original and exclusive experience, designed to discover the most authentic treasures of our region. Choose the tour that best suits your needs or contact us for tailor-made solutions! 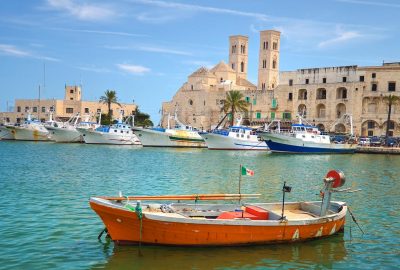 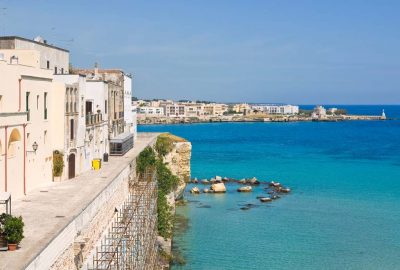 The Best Beaches in Puglia: from Gargano to Salento

Among italian regions Puglia is one of those the world envies us  most  for both its landscapes and its beaches. In fact, our region boasts a fabulous climate, ideal for spending a relaxing summer holiday in its beautiful beaches. This strip of land is larger than you imagine and has…