Search
You are here Home / Bike World / Traveling by bike during the summer: pros and cons

Traveling by bike during the summer: pros and cons 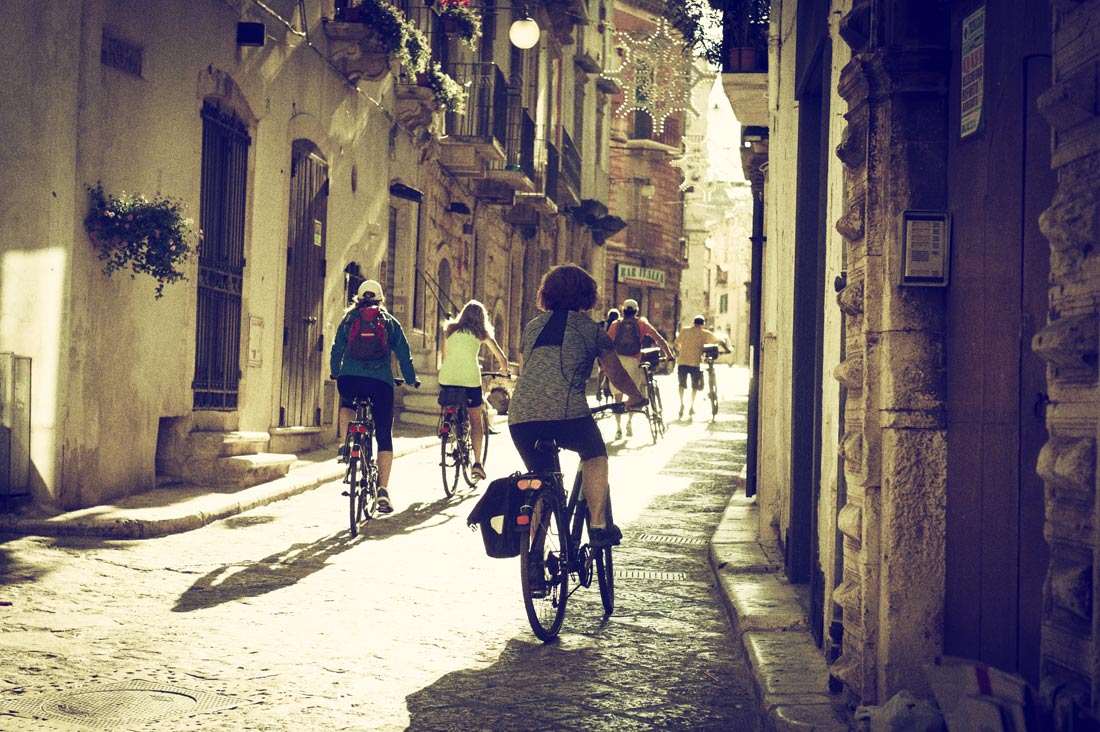 Let’s start with a premise: traveling by bicycle is always a good idea. This is demonstrated by the report “Cicloturismo e cicloturisti in Italia” which estimates that in 2018 there were 6 million Italian and foreign tourists who decided to visit the peninsula on two wheels, with an increase in attendance of 41% in the last 5 years. Staggering numbers, which confirm that the combination of cycling holidays in Italy is a valuable tandem. It is equally true, however, that not all the moments of the year offer the same possibilities and some seasons are more favorable than others to move by bicycle. If you are considering a holiday “on two wheels” during the summer but you don’t know how to decide, this article is for you: let’s find out together what are the pros and cons of the warmer months.

3 good reasons to travel by bike, even in summer

Traveling by bike, whatever the season, brings with it countless benefits, starting with health and mood. Yes, because not only pedaling is good for the body, which trains the muscles and stimulates the circulation but, like other sports, leads to the development of endorphins, hormones that have a particularly positive effect on mood. Have you ever wondered why after a good run or a prolonged lap, you feel euphoric and cheerful? About the endorphins. Let’s see what are the specific advantages of cycling when it’s done during the summer.

If you are among those who, by force or by choice, find themselves taking holidays in August, you will certainly have had to deal with “intelligent departures” and relative, inevitable, traffic. And if you are a lover of the sea and of nature, you will surely have had the experience, not particularly relaxing, of having to look for a parking space before going into the crowd of bathers and umbrellas that occupy every inch of the beach. Now, the bike does not necessarily solve the problem of overcrowding on the shoreline, but it certainly allows you to choose alternative routes to those more beaten, thus avoiding the stress of traffic and parking. With dedicated routes, immersed in nature and far from the vehicles, it will be possible to enjoy this part of the journey and reach coves and panoramic views less known or closed to cars. Any examples? The Ciclovia Adriatica, the bike path that runs along the sea for a long stretch of Puglia, offers several sheltered bathing spots, as well as a breathtaking landscape. Or even the former bauxite quarry: the lake immersed in a Martian scenario that, although not bathing, is certainly among the most spectacular things to see in Salento (as well as in our guided tour). In short, whether you prefer sunbathing or simply the outdoors, traveling by bike during the summer allows you to indulge your cravings in freedom, at your pace and with your times.

The second of the advantages linked to cycling holidays is the budget: an element that is not insignificant when you consider that, precisely in summer, most of the holidaymaker’s outings are concentrated. Using the bicycle to explore the place of destination saves on the cost of gasoline by amortizing other travel expenses: for those who travel with vehicles such as the ship and the plane to reach the desired destination, the bicycle becomes a way to avoid further expenditure of money even if you decide to rent one on the spot. Renting a bike will never be comparable to that of a car! Thanks to the bike, family or group travel can be organized with more serenity, investing the saved nest egg to enjoy some extra luxury, perhaps for the choice of accommodation and meals away from home.

Climate change and the resulting damage in the long and medium term are now a sad reality, that conscientious daily gestures can help to limit, especially if shared. A first step can be precisely the choice of the means of transport, in everyday travel, of course, but also in summer vacation, when airline reservations greatly increase. Moving by foot or by bike, in fact, allows not only to be in contact with nature, but also to respect it as much as possible, reducing – at least for some time – our impact on the environment. It’s enough to say that the mere manufacture of a bicycle involves the production of 10 times lower emissions than those generated by a car. Probably not a single trip could change the fate of the planet, but somewhere you have to start and the bicycle is one of the greenest options.

Cycling in high season: inconveniences and things to know

Those who love cycling know, from June to September the weather settles on higher but definitely more stable temperatures than the unpredictable spring and the days get longer, making evening rides even more pleasant and safe, with the sun still high and the breeze of the sunset. On the other hand, even the summer can hold some surprises with the thermometer that rises to reach red-dot peaks: on these hot days, physical activity can only be done if precautions are taken, because the illness is behind … the curve. And unfortunately this is not the only disadvantage to be taken into account. Here is the list of the cons that travel by bike between July and August may involve.

The main drawback, as we have seen, is the heat. Whether it is dry or damp, in fact, to ride at temperatures that exceed 26 degrees it is important to gear up to the best. The heat risks in fact to put to test our physique, causing exhaustion, low pressure and discomfort passengers. Our advice is first of all to listen to your body so as not to force it to physical efforts for which we are not ready, both at the start and during the bike ride, stopping every time you consider it necessary to refresh yourself in the shade or at the inside of equipped premises. Another point to keep in mind is continuous hydration, which especially in the summer must be quite frequent with regular sips of water every 15 minutes to replenish the fluids lost while pedaling. Likewise, nutrition plays a significant role, so it is essential to provide energy and sugar bars to be swallowed during longer journeys and complete meals before and after the bike tour, trying to avoid the food to which we are sensitive or that could cause stomach bloating and other discomforts. From this point of view we can reassure cyclists direct in Puglia: the gastronomic specialties of the region will not leave you disappointed! Last but not least, clothing: protect the head from the sun’s rays, use breathable technical clothing and cool off whenever it has the chance.

The downside of the high season is also overcrowding, especially in summer and especially in the most fashionable places, such as the south of Italy. Although the bike provides great freedom in terms of traffic, when it comes to sleeping we all find ourselves in the same boat or, it would be better to say, under the same (crammed) roof. Hotels and farmhouses full are in fact a panacea for the economy of the place, but a nuisance for those who find themselves having to book, perhaps with little notice or improvising altogether. The scarcity of facilities equipped to accommodate cyclists certainly does not facilitate the task and sometimes the wisest thing to do is to travel prepared even a plan B, such as camping or overnight stay for shorter periods than desired. Nothing that, in any case, good organization and flexibility cannot overcome: adding even that bit of extra adventure to the holiday.

In short, on the balance of the pros and cons of travel by bike in the summer the former surpass the latter, provided however that one knows how to deal with the heat with the right tools and preparation. Since we know well all the advantages of our territory and we know when to go and when the time to stop, we too of Puglia Cycle Tour prefer to leave the bike (and legs) at rest in August, without giving up pedaling between the wonders of our region in July and September. We are convinced that the truly tailor-made one and the guided tours and self guided tour bike tour is the perfect formula and way of travelling in order to combine the desire to move, fun and relax. Without neglecting the company factor: the bike is in fact an excellent vehicle if you want to share the travel experience with known or unknown people, thus broadening your horizons, in all senses. 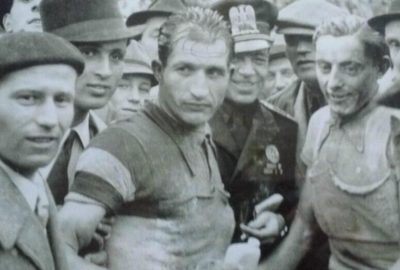 Grouchy, passionate, straightforward but also tireless, faithful, strongly Catholic. This was Gino Bartali, also known as the “Ginettaccio”, “Gino il Pio”, “the timeless”, “the old man”: there was a nickname for every trait of his personality or his sporting career just like it happens in some small villages, where everyone… 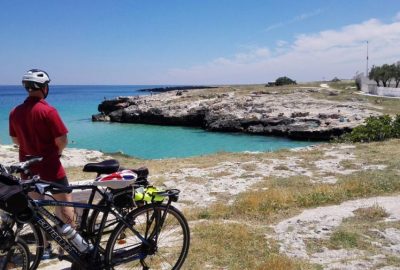 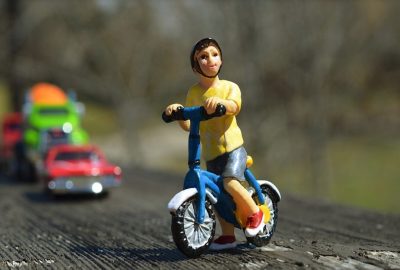 Cycling is nice and fun. It is good for health, for the spirit and good for the environment. Knock off for a few days, moving away from the frenetic life of the city, from the traffic and from stress of everyday life, as well as necessary, is becoming more frequent…