Search
You are here Home / Discover Puglia / What to see and do in Bari Italy: 5 Tips

If the Lonely Planet, the famous tourist guide made in the USA, has included Bari among the 10 best destinations in Europe this year, there will be a reason. Indeed, more than one! Because according to the authors of the ranking, the Apulian capital deserves the 5th place thanks to its cultural rebirth and its gastronomic richness that make the renovated historic center a pleasant and stimulating place to visit. Too vague? Here you find the list of 5 things to see in Bari. But be advised: once you get to the bottom, it will be impossible not to plan a tour to discover the city and its treasures right away.

Built starting in 1089, following the arrival in the city – two years before – of the relics of St. Nicholas, the Basilica is still today one of the most impressive and significant monuments of the city. The original Romanesque architecture, visible thanks to numerous details starting from the sober white stone facade, has been remodeled and enriched over time: among the most spectacular additions, the 17th century gilded wooden ceiling whose paintings, by Carlo Rosa, leave the tourists speechless or just keeping looking upwards. The contrast with the whiteness of the arches and the rest of the structure, in fact, is one of the most recognizable features of the Basilica of San Nicola which has its oldest heart in the crypt: it’s here that the relics of the Saint are kept – destination of pilgrims coming from different parts of the world – and the famous porphyry column considered “miraculous” by the faithful.

Petruzzelli Theater is certainly one of the most mysterious pages in the history of Italian theaters. Inaugurated in 1903 to cope with the reduced capacity of the Piccinni municipal theater, the Petruzzelli immediately enjoyed success, becoming famous in Italy and hosting theatrical and dance companies, orchestras and artists known throughout the world. At least until 1991, when a wildfire completely destroyed its interiors, forcing it to a long season of closure and restoration. Since 2009, the Petruzzelli Theater has reopened and, thanks to its dense program of mostly musical performances, has returned to lead the city’s cultural and social scene. The stalls perfectly rebuilt in the style of the era, with decorations and ornaments of wood and plaster, the stage completely restored, as well as its unforgettable red and white façade, they are among the most fascinating elements of the architecture of the theater. Located a few steps from the sea, the Petruzzelli Theater is located in Corso Cavour and can be easily reached by foot. Guided tours, organized by the Foundation, will make you discover the whole atmosphere, but our advice is to attend one of the many concerts presented.

We remain on the podium, because in the third place of things to see in Bari according to us, there can only be the Norman Swabian Castle. The first royal residence, then a prison, barracks and today the headquarters of the Superintendency and museum space, the Castle is certainly among the city’s landmarks. Its fortification dates back to the twelfth century, that is to say during the Normans who long dominated the Apulian capital, and was restored by Frederick II of Swabia in the first half of the 1200s. The plaster museum – collection of ancient plaster works – is just one of the reasons of attraction of this building that, thanks to its architectural peculiarities, impress the lovers of the genre and not.

In front of the Norman Swabian Castle, there is the Cathedral of San Sabino, a real must for those who want to explore Bari and really discover its historical and religious roots. Its bell tower, over 60 meters high, dominates the city making the cathedral immediately visible from different points of the historic center. And it was precisely the tower, object of numerous re-productions over the years (due to the collapse for natural or war causes over the years) but which kept its historical identity intact. Inside, the different orders of arches increase the sense of “inferiority” to the size of the spaces, while the rose window, with 18 petals of the façade, illuminates the central nave, giving immediately a feeling of calm and spirituality. Here too, as in the cathedral of Otranto, an exquisite example of a natural-themed floor mosaic is preserved: so beautiful that to trample it … it seems a pity!

5. The “old Bari” and the seafront

The visit of the city cannot be complete without a walk in the old city and on the Bari seafront. Both are famous for their authenticity and appreciated by tourists for different reasons. Old Bari, a historic off-limits area of ​​the Apulian capital because of the “underworld” that has for long time managed the entire zone, is today one of the most characteristic and vital places in the whole city. Here you will find narrow streets, white houses and laundry hanging from balcony to balcony, children playing in the streets and small squares with the locals chatting along the streets. In short, the true southern atmosphere. To complete the picture, we could only  talk about food: from the handmade pasta called “orecchiette”, made by the ladies of the “bassi” (the typical houses on the ground floor), to the “sgagliozze” and “popizze” (bits of polenta and fried dough) on the moment in picturesque small kiosks, up to the ovens with their delicacies of taralli, focaccia, panzerotti … so here you can get a taste of all the good things to eat in Puglia, without naturally forgetting to exchange a few words with the locals: they will be happy to tell you about their traditions in the unmistakable local accent. Unmistakable as the Bari seafront that ends just behind the historic center and which, illuminated by the setting sun, makes the show even more romantic. The walk ends, however, only after a stroll along the city pier: here it’s possible to meet the Apulian veracity, the one made up of blue boats and sunny fishermen ready to sell you the fresh fish just caught, including the famous octopus so important for the local citizens. The best way to celebrate all this? With a Chiriguito beer, of course, strictly “Peroni”!

There are a lot of things to see in Bari, but you can even go further, for example to discover the Valle d’Itria and its enchanting landscapes, or up to Matera, even better if you will do by bicycle. Bari is in fact in a strategic position for those who want to explore Puglia and the neighboring regions fully enjoying the landscapes and local specialties. We don’t need to tell you that’s the reason why you can find us and our guided tours and self guided tour, is it right? 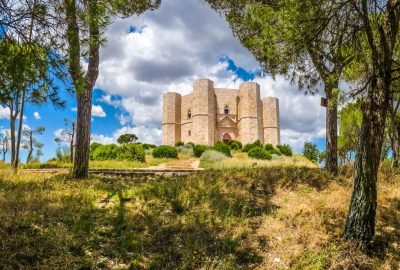 After sharing with you the 7 must-see places to visit in Puglia, we are enthusiastic to present you a list of our regional Unesco sites. Unesco World Heritage sites are more than just charming places with an additional value. Being awarded the title of Unesco also encourages the preservation of… 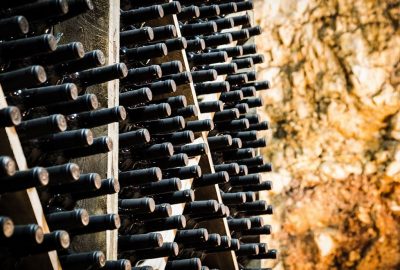 Puglia has always produced a lot of wine. Its output is around half of Australia’s total production, and almost the equal of all wine produced in Germany. In the past, most of its wine was sent north to fortify other wines. Over the past few years, Puglia has gone through… 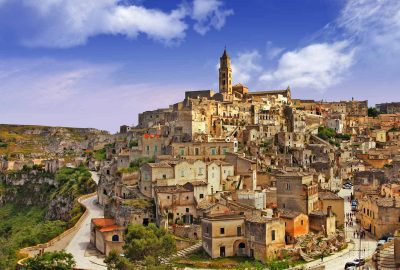 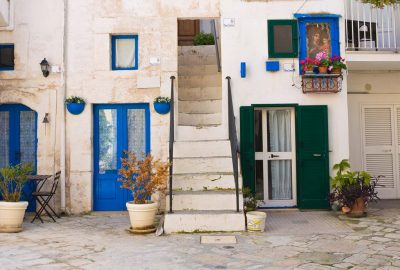